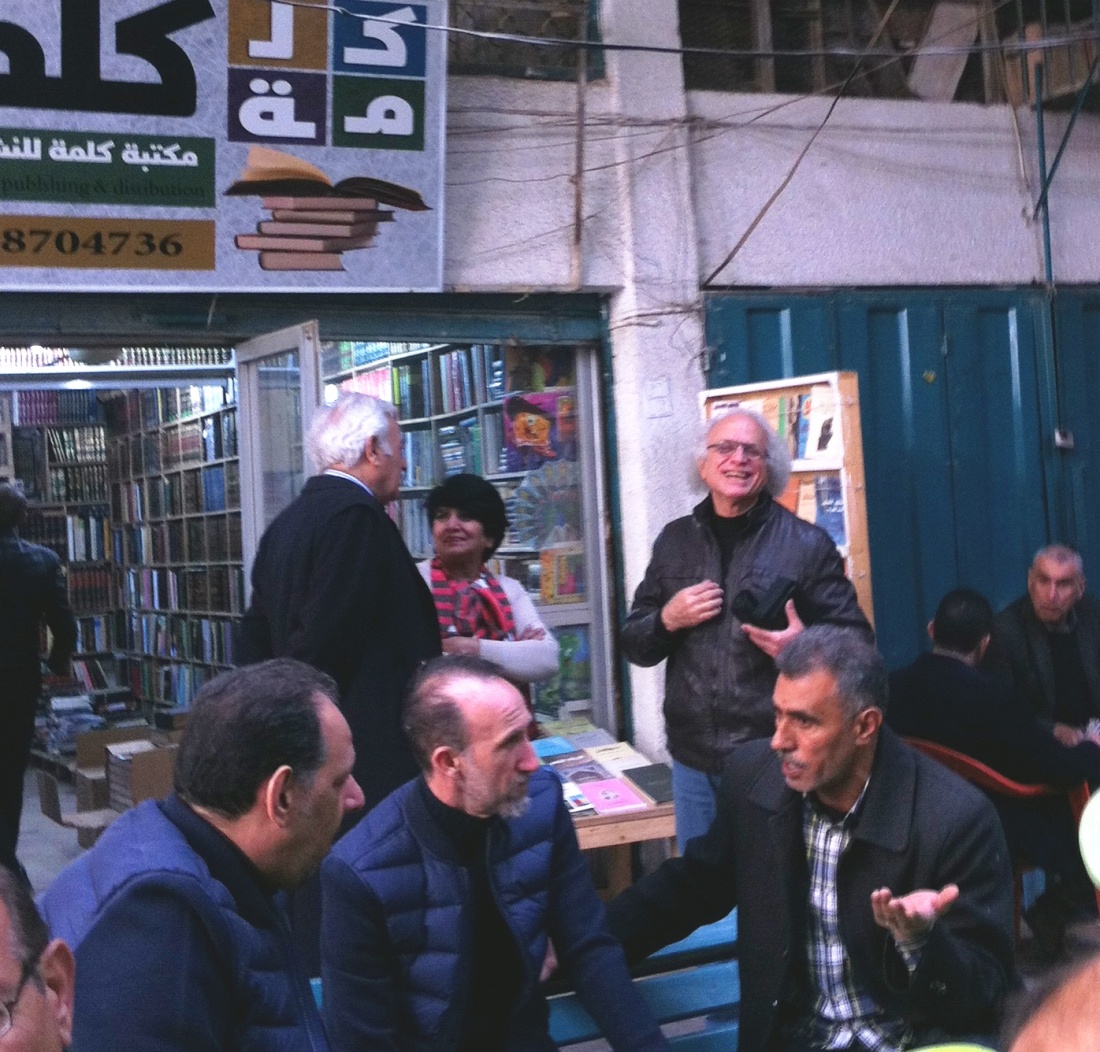 If there’s any argument against our excessive reliance on digital platforms to maintain social fabric, it is surely found inside Iraq today. Forced into long stays indoors, behind walls and gates, checked a dozen times between home, office and school, Iraqis have been confined to TV and computer communication (with dysfunctional consequences). That may be changing.

After being constrained throughout 15 years of strife, particularly urban dwellers are hazarding out to engage in face-to-face contact. During my recent stay in Iraq, I witnessed not only socializing in cafes and shops, but also gatherings which signal essential, life-affirming cultural engagement.

Foreign journalists, security personnel, merchants and diplomats remain completely out of sight, inside their fortified compounds. But some citizens, prevented by years of unpredictable civil strife from normal social and cultural discourse, are willing (or determined) to risk danger and venture out to public events.

This willfulness is apparent on the morning when I accompany my colleague, journalist Nermeen al-Mufti, to her favorite teashop inside Al-Mutanabbi Street https://thearabweekly.com/mutanabbi-street-gives-hope-baghdad . Passing vendors of secondhand electrical goods, kitchenware, toys and clothes, shunning used books displayed on the pavement, ignoring freshly squeezed pomegranate juice and an enticing array of dried dates and figs, we move deeper inside the quarter and through a crowded passageway into Qaisairriyeh Hanash. This formerly covered market is now an open atrium, lined with stalls exhibiting new publications. Its ample floorspace is filled by a collection of haphazardly set chairs where Friday’s clientele congregate.

I’m assured that no one at these weekly gatherings in Qaisairriyeh Hanash tea house is unaware of the sacredness of their get-togethers. (Indeed, following a bombing here in 2007, this very place became a monument to literary survival with increased numbers of visitors attending.) Risking an excursion out of their walled-in homes, these women and men insist on the immortality of their traditions, particularly Iraq’s literary heritage–modern no less than ancient.

The same resolve surely applies to the audience at a concert I attend with 300 others at the Iraq National Theater one winter evening. Urged by friends at the media center where I am working, we venture across town, heralded by a light rain that shimmers the pavement in our path. (Although it’s insufficient to break the winter drought, we interpret this shower as an auspicious sign.) We’ve come to hear Sumeriyon, a jazz group headed by oud virtuoso Mustafa Zayir. The packed house even includes children accompanying their parents; the crowd’s attention is reverential, their pride palatable.

Perhaps no one wanted that evening of music– a fusion of traditional and modern, eastern and western–to end.

The joy of cultural discourse, however unobtrusive and humdrum it may appear in the crowded atrium of Qaisairryeh Hanash, is equally apparent. An informal Friday court is underway, with chairs randomly gathered into clusters leaving little space for arrivals to maneuver around them. Yet, room is made when any friend appears. The atmosphere is notably relaxed, and relaxing. If there’s any anticipation in the murmuring and movement as the space continues to swell with newcomers, it’s not about the arrival of anyone special. (For lectures, poetry readings and other public presentations, go deeper into the quarter to the Qishla garden and the refurbished Baghdad Cultural Center. Younger writers can be found there.)

These gatherings represent the detritus of Iraq’s intellectual community which lost so many members—novelists, poets, journalists, critics, artists, actors, and others. These women and men in their middle age congregating in Qaissairriyeh represent the generation still so vital to cultural life here. They speak less about who is gone, and more about what they are writing and what printers are publishing new work.

Its’ a windy morning and a loose strip of corrugated tin roofing clatters loudly as it flaps 30 feet above us. No one seems alarmed about it. A waiter arrives at regular intervals, unbeckoned, and replaces abandoned or cooled drinks with fresh glassfuls of steaming tea—Iraqis’ ruby red brew with the obligatory two centimeters of sugar undisturbed at the bottom of the vessel. As the server moves on, no one gestures payment. Friday morning’s clientele has become an informal club at Al-Mutanabbi book quarter where these regulars contribute a monthly fee to cover whatever tea they consume.

Few visitors appear interested in snacking but when a slight figure balancing a wide plate on his head moves among the crowd, he’s signaled to pause. Lifting his load to the ground and proffering orders, the tower of pretzel-like biscuits –six for 100 dinars– woven into a pyramid on his tray is soon depleted. No one needs encouragement to tuck in when Mustafa, seated among us, places a bagful on our cluttered table. (Another vendor follows with a similar bundle but it’s exhausted less quickly.)

A man I do not know appears from nowhere at my side, then steps gently into our circle. Ahmed, well known to the others, is welcomed without words; conversations in progress continue. Eschewing an invitation to take a chair, Ahmed reaches into a cloth bag over his shoulder to extract several volumes of a book –copies of his new collection of poetry. He distributes these as gifts to anyone interested. After accepting modest approvals for his work, he moves on.

I and Nermeen are two of only half a dozen women joining the 150 or so visitors this morning. Space is made for us in the cluster she’s chosen to join. We’ve hardly touched our tea than Nermeen becomes a source of energetic laughter and rejoinders; there’s more news about government blunders, or the blistering book review that’s appeared during the past week. Conversation is largely about what friends are reading, about news of books not yet seen, and other literary gossip.

The entrance to the atrium is a busy passageway between bookstalls set along the wall. As visitors make their way into the atrium, their eyes scan the room until someone steps towards his colleague. They embrace; tea is passed to the newcomer and another joins them.

I am distracted from the intimacies of my own circle by those unremarkable movements and murmurs vibrating though the hall. These personal occasions are as profound as any staged performance. Indeed they constitute a weekly ballet of quiet, professional encounters in a place currently outside history. There may be nothing grand to celebrate today, only friends meeting each other, sustaining an essential tradition. END