Even in New York, it’s not often one has an opportunity to view a sculpture exhibit on the scale of Simone Fattal’s 50-year retrospective at the Museum of Modern Art PS 1. It’s a splendid assemblage of work—247 items— from a prolific artist generously distributed over spacious galleries in a grand museum space in Long Island City, New York

As I moved through the eight halls devoted to stages of Fattal’s work—collage, canvas paintings, work on paper, ceramic and glazed terracotta, I found her sculpted pieces particularly compelling. Many are rather whimsical; although they initially appear somber. The overriding impression from these sculptures is of movement and ‘becoming’; while the striking paintings and collages evoke contemplation, for me. Even Fattal’s stark back and white lies on canvas are heavy with deliberation.

This is not a crowded, ponderous mind we are witnessing at work; there’s some playfulness here, along with a reach into history. The range of work is not surprising given that they represent half a century, in Lebanon, California, and France.

Accompanying captions refer to the impact of displacement and geopolitical conflict on the artist. This may apply to mystical terracotta items– mostly standing humanoid figures, their blunt torsos anchored by heavy trunk-like legs. While these pieces evoke something colossal from early times, there is nothing daunting in them. Is Fattal telling us they represent past (or present) experiences which, while they may embody dislocation, are in fact manageable and embraceable?

The headless, armless figures stand unambiguously erect, about to step forward. Speaking with Ms. Fattal at her home in Paris last week, she affirms: “I want to show man on his feet, as witness, still standing.”

She began sculpturing long after she left Syria and then Lebanon in 1980 where she’d worked on canvas. Taking with her the detritus of war with an energy she would never lose, she turned her attention to founding a publishing house. Her Post Apollo Press featured innovative texts, mainly poetry—especially the writing of the powerful poet and painter Etel Adnan.

Settled in California, Fattal returned to the plastic arts in the late 1980s not to resume painting (some striking canvases from that period are exhibited here). She began clay sculpting, a medium she chose, she explains “because, she clay gives the sense of being alive; it retains the quality of fragility and lightness at the same time.”

Too often creations of artists originating in places we associate with conflict are interpreted as cathartic; their images seem baleful or angry, we are told, to expunge or transform painful past experience. I don’t see this in Fattal’s work on exhibit in this grand New York gallery. With the mostly diminutive scale of her massive (in image, not size) ceramic and clay shapes, perhaps the artist is showing us how she prevails as an energetic being celebrating a continuous forward movement.

The reference to ancient antiquity in some sculpted forms may derive from a ‘memory’ of lost civilization. But through their color and their weightlessness, the artist transforms them into celebratory images. Those massive feet under the torsos are not irreconcilably anchored; they seem ready to spring off the platform.

Still, there’s an undisputed historical feel to many sculpted figures, especially the mystic ceramic and stoneware torsos. While possessing a sense of emergence, they simultaneously remind us of recovered, damaged reliquaries. I found myself meditating on them.

Accompanying exhibition notes inform us how Fattal draws from her personal experience in the Middle East and from the epics of Gilgamesh and Dhat al-Himma created in that cradle of civilization millennia earlier. Characters from these tales populate the exhibition and may provoke viewers to search out those classics. The art itself is however strong enough to suggest an intentional reach into the elemental aspect of civilization.

Simone Fattal is a fine example of the many women with roots in the Middle East, Asia and Africa who exist in a global 21st century, bringing powerful messages, with courage and limitless energy that speak to all. Their female voices represent a universal past, a present and a future.

This is an exhibition for anyone, and for any age. But I encourage women to see this display of one woman’s vision. Just as I encourage women to read the poetry and novels of the abundance of contemporary women who seem to be in the forefront of groundbreaking research, of invention, of reinterpretations, and of honest truth-telling. Fattal is in the vanguard of creative women demonstrating our ability to reinterpret history and reality, and to project the power of our gender in completely new terms. To my question to Fattal about women in the arts, she replies—“We can pick up and move on from adversity maybe more easily than men can, perhaps because we fall from a less elevated place.”

The exhibition runs to September 2nd, well worth a trip to New York just to imbibe this display of energy and imagination. Allow extra time too view “Autoportrait 1972-2012”, a 47 minute film by the artist. It’s screening at the same venue. Attached photographs from the MoMA PS1 installation are taken by M. Gurung for this article.

Dearborn Blog is sponsored by: 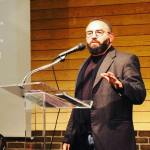 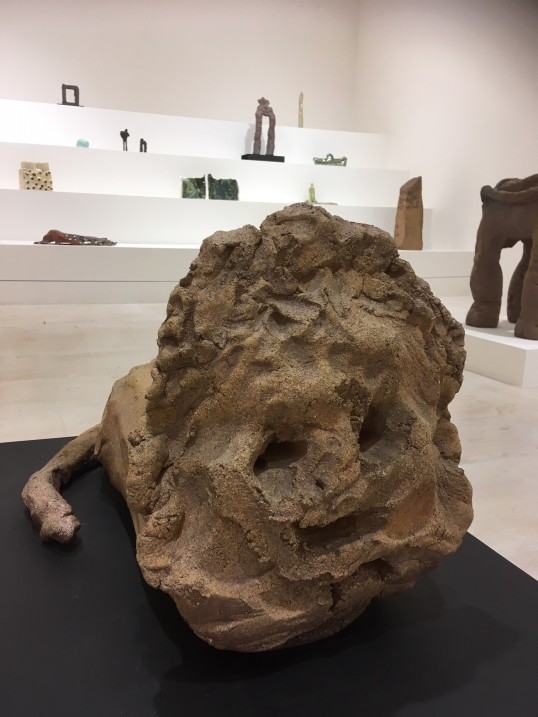 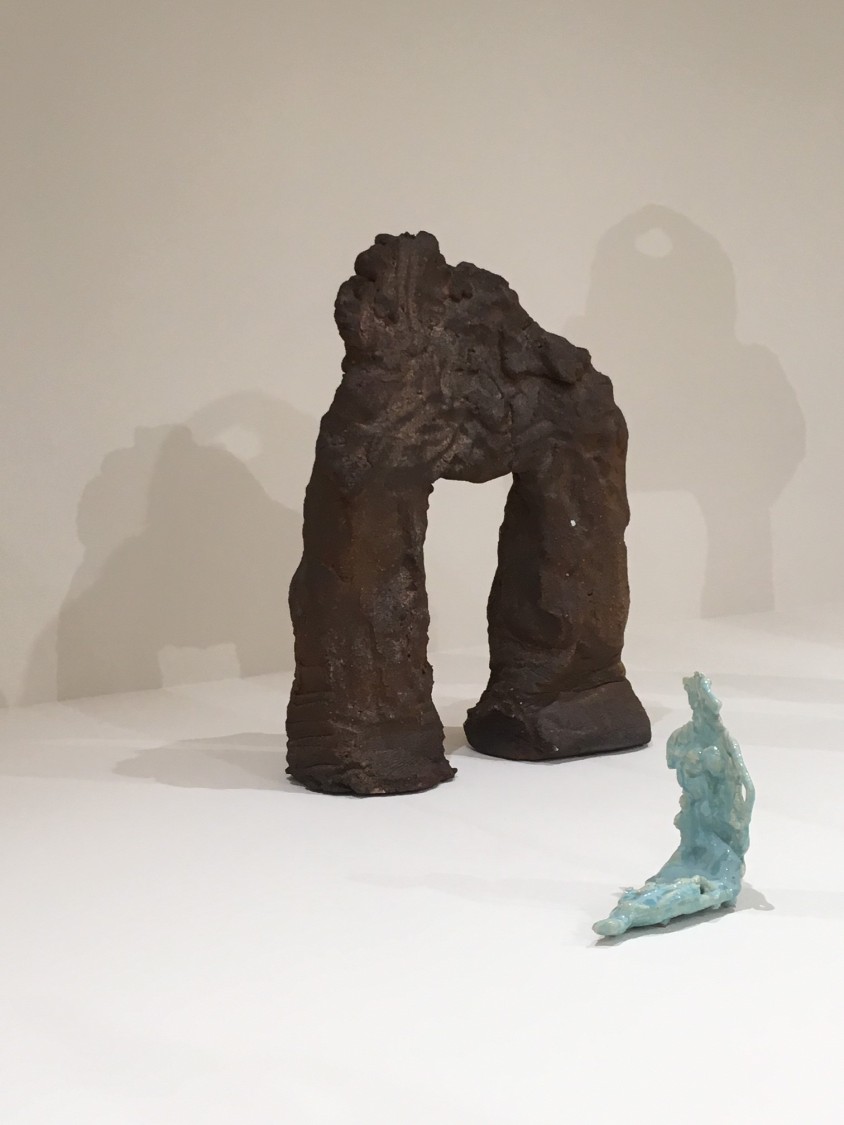 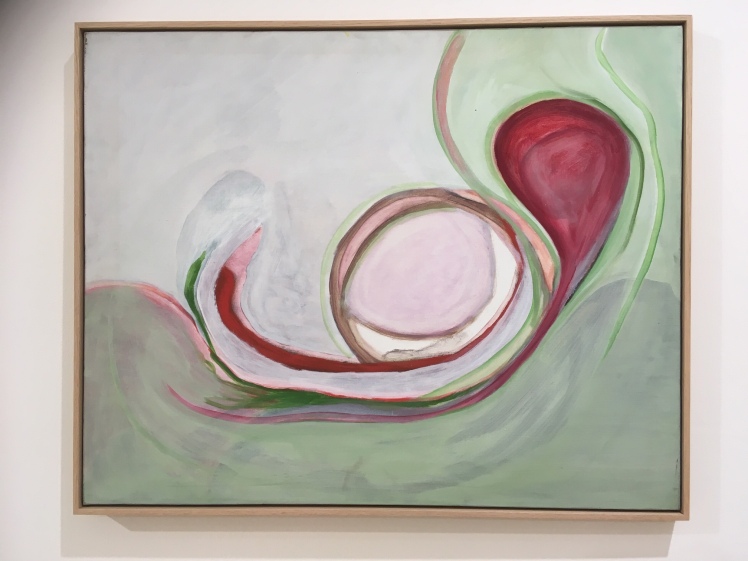