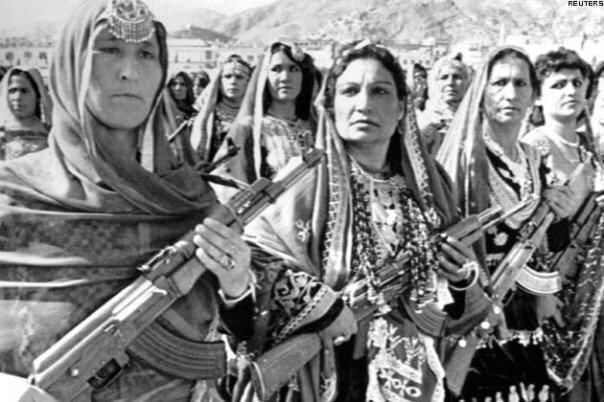 What About the Women? America’s Afghanistan Guilt 08.22.21 by BNimri Aziz

America’s rotting two decades of war and occupation in Afghanistan is oozing an awful stench from its bloated corpse, with the entire world an involuntary witness.

Quite a spectacle confronts us:–caches of arms and vehicles in the hands of burley, grim-faced victors; embassy staff hastily destroying ‘stuff’; a puppet president escaping, reportedly with hordes of cash; tens of thousands pleading for refuge; women disappearing behind barred doors; allies condemning the U.S.’s unilateral retreat; emergency troops arriving to secure Kabul airport while personnel, and more stuff are airlifted away.

Fears grow of how the Taliban might rule; Islamic warrior excesses from the past are recalled; rumors filter in about Taliban’s brutal takeover of outlying regions. Terror directed at minorities and woman is anticipated; assurances of mercy are disbelieved; fanatic pronouncements are expected.

American leaders claim surprise but accept no blame. Journalists are preoccupied with the drama of the mighty retreat. Few try to explain the origin and vicissitudes of this two-decade mess. News commentators turn to speculating what’s in store for those left behind —they suggest only grim scenarios —as they tally the cost: trusted leadership, countless lost and damaged lives, trillions of American tax dollars that could have improved the lives of American, or succored the world’s refugees.

(Emails arrive urging us to message Biden and congressmembers demanding no more war. How simple it seems.)

Humiliation is evident. Although no one uses the word. Defeat, rout and failure are unspeakable too, though they hover within the subtext of any discussion about this unnecessary and unwon war.

Remaining largely unaddressed is the immorality of America’s military license in Afghanistan:–tortured captives, bombed homes and farms, fabricated claims of progress, alliances with criminal warlords, gratuitous payouts for ‘ghost soldiers’, unaccounted funding for a plethora of humanitarian projects, manipulation of ethnic and religious factions. The excesses and mistakes by presidents, generals and advisors will be occupy analysts for many months.

But the odor of dishonor remains. And it’s repulsive.

Where can America direct this awful feeling of disgrace? (“It’s Your Fault”, one author facetiously argues.) I detect a displacement underway whereby this nation’s shame is transformed into a distorted sense of pride—pride in the high value Americans place on women’s rights, pride in the importance of allegiance among soldiers. Urgent appeals by women’s rights advocates jockey for media time with U.S. veterans of the war demanding asylum for their Afghan colleagues. Women and veteran advocates appropriate whatever moral space is available around the American retreat. Together they dominate the dialogue about American’s most urgent responsibility. Veterans report how their lives were saved by Afghan army partners. Women’s rights activists recall their courageous mission to liberate girls and restore dignity to Afghan women.

Who does not support frightened, imperiled Afghan women? Who would turn away Afghans who saved U.S. soldiers? Who does not feel compassion for girls who experienced the joy of school and dreamed of more enriching lives?

Filmmaker Michael Moore recalls his fear as his countrymen overwhelmingly applauded the invasion of Afghanistan: “…we… are culpable in committing many acts of terror and bloodshed and we had better get a clue about the culture of violence in which we (are) active participants.” Add this Worker’s World reflection on Afghan women following their 1978 revolution, as it reviews the leadup to the 2001 U.S. invasion.

During these ‘Afghan decades’, the U.S., so arrogant with moral superiority, with its search for valor, commitment to capitalism, limitless right to world resources, complicity with fellow colonizing states, has ravaged swathes of the world; it plundered Iraq, leaving it a corrupt and floundering state; it ripped Libya into shreds; it ravaged and destabilized Syria; it applies war sanctions against proud, capable nations rendering them unstable and impoverished—fostering widespread hatred within the U.S. and abroad, all while it sucks up educated professionals and forlorn youths from those nations.

How we shouted on behalf of Afghan women 20 years ago; how we howled against fanatic religious fighters. And here we are. Again. 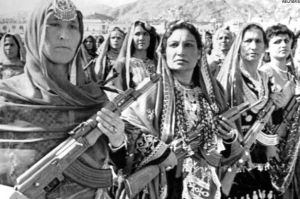