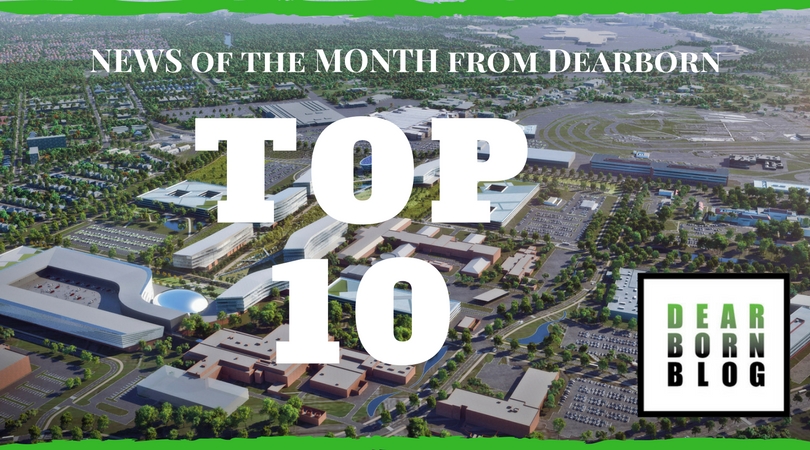 Here are the headlines that occupied Dearborn News last month:

Someone fired shots from a car Friday night in the Dearborn High School parking lot during a basketball game, but nobody was injured, according to the school district.

Every week the Associated Press publishes a roundup of some of the most popular, but completely untrue, headlines of the week. One of the latest comes from Michigan, as FBI spokesman Timothy Wiley says there’s no truth to a report about a raid on a mosque in Dearborn which netted 11 ISIS terrorists.

A utility company that supplies electricity and steam to industrial customers in Dearborn wants to expand its capability and, in the process, add well more than a thousand tons of air pollutants to the skies there.

Pete Souza, who served as the official White House photographer under President Ronald Reagan and Barack Obama, will speak at the Henry Ford Museum on Presidents Day, Feb. 19, the museum has announced.

Four new police officers and a reserve officer have joined the Dearborn Police Department. The new officers – Kyle Tolliver, Rylee Jayson, Derek Sturdevan and Jonathan Carriveau and Reserve Officer Robert Scherer – were sworn in during a ceremony on Jan. 11.

Diners will get a chance to sample some of the best restaurants in the city as part of Dearborn Restaurant Week on Feb. 12-18. Restaurants will offer, in addition to their regular menus, a special menu of three-course meals priced at $10, $20 or $30 for either lunch or dinner, and for one or two people.

Michigan State Police said troopers have heard complaints about speeding drivers along the stretch of Michigan Route 39. The state police’s Special Enforcement Section will be on the lookout for those drivers not observing the 55 mph speed limit.

Malak Wazne, a senior at Dearborn High School, and Fatima Abu-Omarah, a junior at Fordson High School, two students who are getting to join 24 other high schoolers on an advising panel to the Smithsonian.

9. “A $60 Taco? You’ll Find It In Dearborn”
https://patch.com/michigan/dearborn/60-taco-youll-find-it-dearborn

We all love a bit of swanky dining now and then, and the M Cantina in Dearborn certainly sounds like it fits the bill. According to a feature in the Detroit Free Press, the Mexican restaurant is certainly not your ordinary hole-in-the-wall restaurant.

10. “Dingell Asks President To Honor Promises After State Of The Union”
https://patch.com/michigan/across-mi/dingell-asks-president-honor-promises-after-state-union

U.S. Rep. Debbie Dingell, a Dearborn Democrat, brought the wife of Jorge Garcia, who was recently deported to Mexico after living in the United States for nearly 30 years, to President Trump’s State of the Union address. In a statement about the speech Wednesday, Dingell called many of the president’s future plans “deeply concerning for Michigan and our country.”