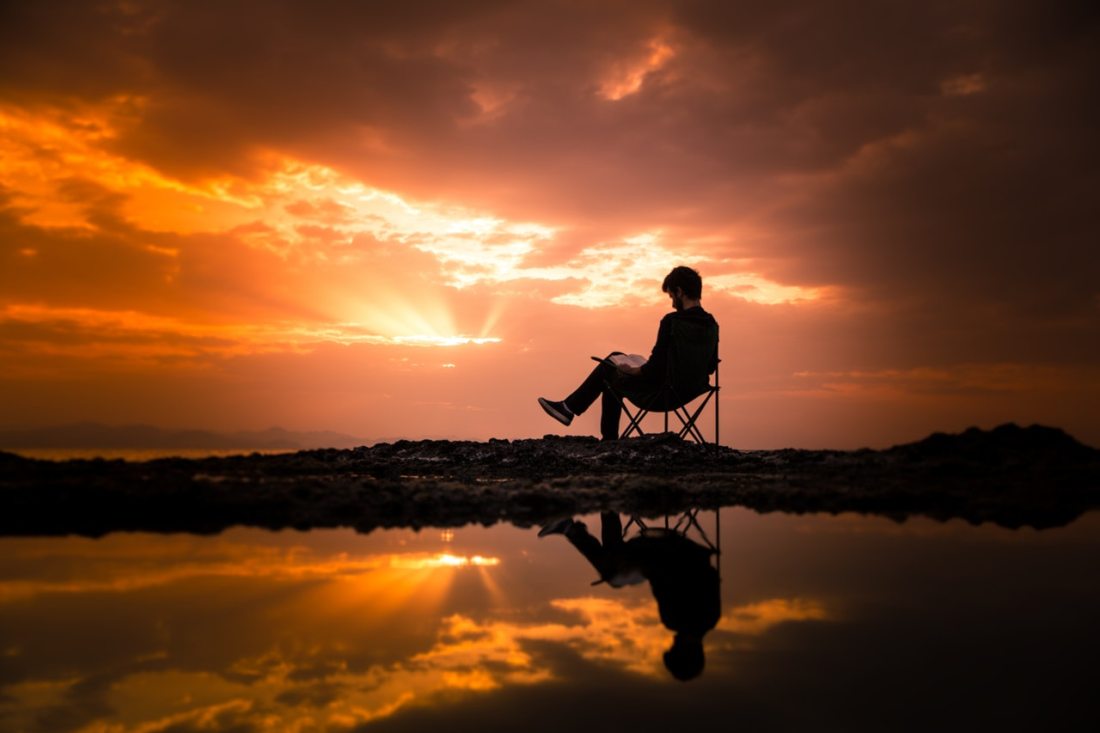 On the Pleasures and Sorrows of Life Without Screens

I recently received a message from a friend of mine, a young man named Mike. He told me that Digital Minimalism had changed his life. Naturally, I asked him to elaborate what he meant.

In response, he listed the following changes:

This list might seem surprising: my book is about technology, and yet none of the changes listed by Mike seem to have anything to do with social media or smartphone settings. But as I’ve learned over the past few months, his experience is actually quite common among those who take the minimalist plunge.

When people contemplate the declutter process I suggest in my book, in which you spend 30 days away from optional technology as a prelude to simplifying your digital life, they often predict that the main challenge will be compensating for the benefits and features they’ll miss out on.

But this prediction is almost always wrong. Most people report that after a week or so of some mild withdrawal symptoms, they’re surprised by how little they miss the features of services like Twitter or Instagram.

The real problem — and this surprised me — is figuring out how to deal with all the free time this move toward minimalism suddenly injects into your life.

Here’s how a reader named Laurie described the experience of going through my digital declutter:

“I learned that a lot of actions in my day are mindless. We all have much more time than we think we do; we just fill it with lots of scrolling.”

“Here’s what I realized: I am addicted to using my phone, specifically, using my phone to curtail boredom during ‘free periods’ in my life…My problem, which is apparently common amongst people who have done this same digital fast, is that I didn’t have a good downtime activity to engage in.”

Another reader, a philosophy professor named Anna, put it this way:

“I was left with a lot of silence. What do I do in the evening after work when I’m home alone and really tired and it’s raining hard outside?…In the beginning, I spent a significant amount of time being bored. I wandered the house in circles looking for something to do.”

We convince ourselves that we use our phones to fill in occasional idle moments, but stories like Laurie and Anna’s point toward a more troubling conclusion. Perhaps we initially used our phones in this manner, but over time, their role expanded, subtly pushing aside other, more sustaining activities in our lives.

Like the once purely social drinker who ends up hiding empty beer cans from his family, all this tapping and swiping has a way of shifting from an occasional distraction to a default behavior. So when you finally remove it, you’re suddenly left with a whole mess of “silence,” just you and your feelings, and an uneasy sense of not knowing what to do next.

Which brings us back to Mike.

Faced with the sudden stretches of free time generated by minimizing his digital life, Mike decided to aggressively fill in these blanks.

He began by following my recommendation from Chapter 4 to inject more solitude into his life. He deployed what he called the “AOB method” with his phone (as in “Airplane mode, Off, and in my Bag”), to force himself to regularly be alone with his own thoughts and start getting in touch with what he cared about, what he was missing, and, most importantly, what he wanted to do with himself.

Because Mike is young (in his 20s), much of his socializing happened online, so he also decided to take proactive steps to replace this sense of connection after minimizing his digital life.

To do so, he instituted regular “office hours” each week — prescheduled time periods during which his challenge was to connect with people he cared about, either in person or on the phone.

As Mike explained to me, he ended up getting back in touch with people he hadn’t really talked to in years, and the longform analog conversation fostered a sense of connection deeper than anything he had experienced in recent memory.

Finally, Mike made a list of the concrete personal goals he wanted to pursue. He recruited a “board of directors” — an expert mentor for each goal — to help direct him and hold him accountable. It didn’t take long before the accomplishments that opened this essay began to pile up.

Laurie and Anna had similar experiences.

Though Laurie reports she’s still looking to “develop a quality leisure activity,” she’s been investing heavily into real world interactions with her friends:

Anna, for her part, also parlayed her boredom into more meaningful activities:

“I wrote a letter to a friend who is struggling right now and I wrote cards to some graduating seniors at my college. I texted a friend and made plans for getting together over the weekend. I practiced yin yoga. And I went to bed early.”

She ended up cancelling the Netflix subscription she previously relied on to escape from life.

This is all really hard work. It’s much easier to simply fill your time posting to Instagram or passively gorging on autoplayed video.

But Laurie reports a reduction in anxiety and stress, coupled with an improved mood.

Anna gave the following summary: “I noticed that I felt better. Calmer. More in touch with who I want to be and with what matters to me.”