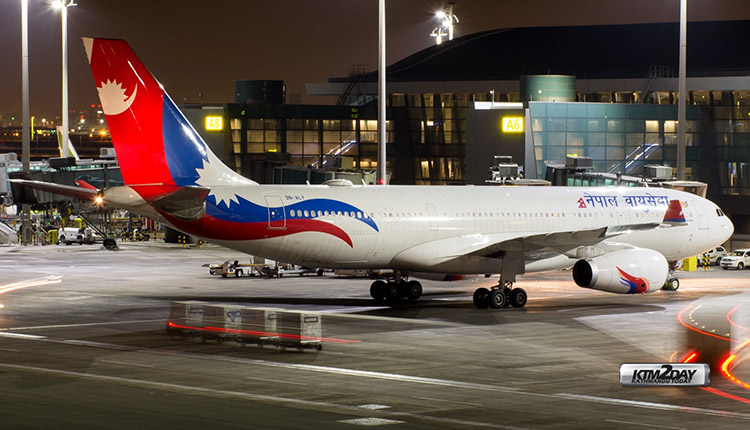 Involuntarily, week by week Nepal’s population, joined by the global community, will find itself compelled to abandon hitherto starry-eyed views of ‘America’ as redeemer, source of truths, and all things good. (It’s already happening.)

Working in your country for over four decades, I’ve never met people more enthralled with the U.S. as you are. Everyone I know strives to send children here. You order your iphone direct from U.S.A.; you quote the NY Times and CNN; villagers too consult Facebook for ‘reliable’ news; Kathmandu residents patronize your local reproduction of Starbucks and Pizza Hut. (The only exception to these addictions is Hindi dramas; they’re accessed from India.)

On its side, America too is charmed by Nepal. We admire your beguiling, robed monks, your extravagant and vibrant Hindu rituals, and docile residents welcoming us on treks through your Himalaya.

Appreciating the value of your exceptional loyalty (perhaps based on historical Gurkha-Britishalliances) the U.S. extends an open door to Nepalis: with your abiding charm, your industrious graduates and Buddhist gurus, and your 6,000 earthquake victims, (admitted on TPS-visas in 2015, regardless of their largely fraudulent claims, then granted extensions last year).

Politically, Nepalis are inexplicably complacent at home. For most of your history you were subjected to the rule of absolute monarchs. Although never occupied by foreign invaders. Following your successful 10-year Maoist guerilla campaign, you eventually rid yourselves of that oppressive sacred kingship. That was followed by your declaration as a republic, multi-party involvement, a democratic constitution and a 2015 election that endowed the winning Marxist/Leninist Party with power. Few lives had been lost in that process and expectations were high moving ahead. Despite the ended monarchy, an expanded free press, a vibrant tourism industry and the injection of foreign aid, your nation’s economy was never reformed, your class disparities never addressed. The elite remained entrenched; favoritism, corruption, graft, and nepotism deepened. Corruption is worse today than ever. Although officially secular, consumptive spending on temples and rituals has increased, and high caste privilege remains. Your economy is crippled: as new plutocrats sap the wealth, your administration grows fat on bribes while allowing ordinary families to depend on overseas remittances; (5-7 million jobless, a fifth of your 28 million, are migrant workers in Malaysia and Arab Gulf states).

The U.S.’s open door combined with the generosity of foreign social service organizations lodged in Nepal, maintains this status quo.

It was to be expected that you and your government would await the arrival of foreign medics and health supplies along with instructions from here about how to treat your COVID-19 victims. Instead, growing awareness of that plague arrived with waves of those sons and brothers sent home from their curtailed employment overseas. (This influx may reverse the drop in agri-production after farms were abandoned or mortgaged, resulting in cash-dependency, more reliance on imported food and other needs, more demand for iNGO assistance.)

Meanwhile, by March 15thNepal reported only a single case of infection—a figure no Nepali accepted.

Your government (neither as impoverished nor indebted as outsiders suppose) is unabashedly corrupt and inattentive; so you’re unsurprised at its negligence in identifying infections and moving to protect you from the spreading scourge.

According to those of you I speak to on a weekly basis, the Nepali leadership was as slack as America in quarantining your population. You bide the time, accustomed to mismanagement and lies waiting for America’s magic pill to arrive. (By March 28th, only 4 positive cases had been announced, again causing public skepticism.) Now on lockdown—imposed on the heels of U.S. orders for its citizens — you can’t even take your demands to the streets, a strategy used so effectively against your monarchy.

While the American leadership has finally awakened to the severity of the pandemic, now rushing to contain the damage; it can draw on abundant resources, however belatedly. Nepal is slowly rousing itself, but it lacks those resources.

In our phone conversations, it seems you feel forsaken, not by your government but by the U.S. and elsewhere. You must be shaken by witnessing the depravity of your hero.

As you see, every government is occupied with its own overwhelmed health systems.

If anyone comes to your rescue I expect it will be China, your northern neighbor and a steadfast benefactor. Beijing’s earthquake aid in 2015 was immediate, efficient and unmatched. (China has had major infrastructure projects underway there—partly to balance your traditional reliance on India.) Just yesterday, responding to today’s crisis, Chinese help is on its way to Kathmandu. Your government’s incompetence will be ameliorated, for the present.

In the long run, your romanticized image of the omnipotent richest-country-in-the-world, will dissolve. You’re not the alone. The world had already glimpsed the unmasked face of the global bully in the person currently occupying the White House. Now your view is further refined by the U.S.’ presumption of immunity, our sloppy response to the epidemic, our ill-equipped medical system, the impotence of our military might.

It’s time for Nepal to consider a new policy, not one that transfers over-dependence to China, but one of resourcefulness and self-sufficiency, perhaps on the model of Cuba or Vietnam. A logical step for a Marxist-led government, don’t you think?