Dearborn Police are searching for a man who witnesses say threw a commercial-grade firework into the Divine Child Church chapel in Dearborn while prayer was taking place.

Dearborn, Mi. — On August 23, 2017, at approximately 7:30pm, the Dearborn Police responded to Divine Child Church on report of an explosion and malicious destruction of property.  Officers spoke to witnesses who stated a white male walked into the chapel, while prayer was taking place, and he threw some sort of explosive into the chapel.  The device exploded which burned a Bible, but no parishioners were injured.  An investigation revealed the explosive device appeared to be a commercial grade firework.

Witnesses described the suspect as a white male, approximately 30 to 40 years old with short dark hair.  The suspect was seen fleeing the area in a newer Cadillac four door with silver rims and the Cadillac had multiple stickers placed on the rear window and rear bumper.

This suspect is also responsible for several similar incidents in Dearborn in past weeks.

Dearborn Police Chief Ronald Haddad stated, “This assailant terrorized the parishioners inside a house of worship with a total disregard for their safety.  I am confident based on the surveillance footage that someone will be able to identify the suspect or his vehicle.”

Anyone with information regarding this incident can call 313-943-2241 or if the caller wishes to remain anonymous they can call Crime Stopper at 1-800-SPEAKUP. 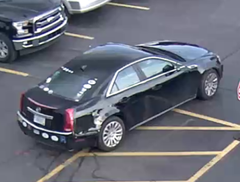 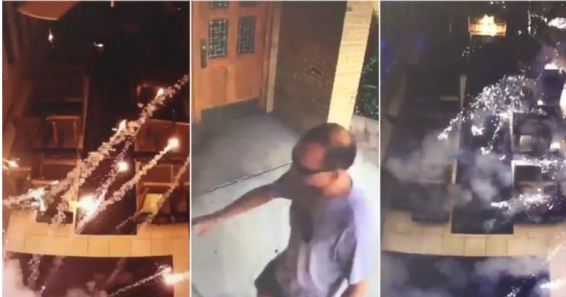