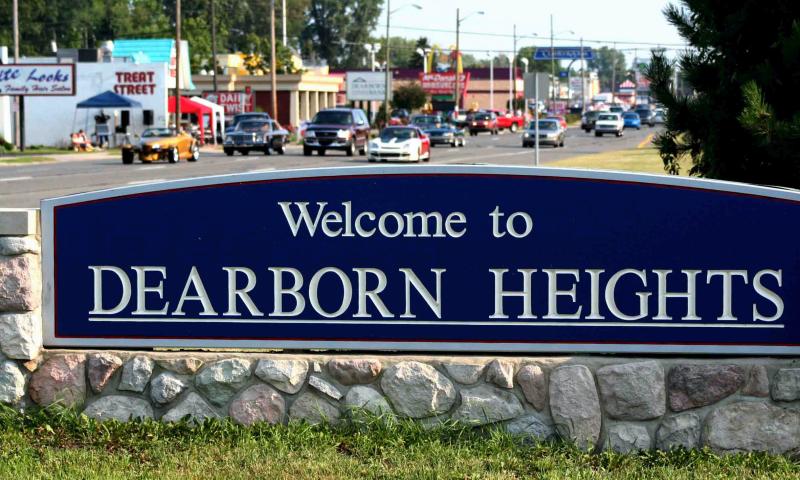 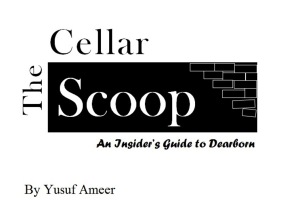 They say sarcasm is anger’s ugly cousin. And cheating’s ugly cousin is flirting, or so I’ve heard. Well, Dearborn has an ugly cousin too. About as ugly as a festering boil on the red side of a baboon’s ass.

Well, maybe not THAT ugly. But certainly that inflamed.

Fellow outsiders, I introduce to you: the settlement of Dearborn Heights.

“Settlement?”  Yes. A settlement. Don’t be misled by its audacity to call itself a “city”. It isn’t. As my friend Mostly Green previously wrote, Dearborn Heights is a settlement. The City of Dearborn, degenerate as it may be at times, is a “city”. It contributes to a pre-existing culture. It produces a culture of its own. It reinvents the old and blends it with the new. And it grows (in its own bloated, gaseous way). Dearborn Heights, on the other hand, does none of those things. Instead, it just sits there, still and stale as a searing rash, taking up space and air, seething with pretention, self-loathing, and fear. It is as flat and plain as it is shallow, which only furthers my bewilderment with its saturation of Range Rovers and other toy monster trucks. It is devoid of a main street or public walking area, bereft of a business or shopping district, and its very topography conveys its attitude and social motto: “Leave. Me. Alone!”

“The Bitter City”  Whenever I chance to visit the prairies of Dearborn Heights (rather, when I’m dragged into its abyss by some compulsory social obligation or another), certain things stand out to me. Among them, for instance, is the social interaction. The residents of Dearborn Heights (whom I will henceforth refer to as The People) don’t make eye contact. They don’t smile, except to smirk haughtily at your substandard shoes or purse or car that will always be one notch shy of “Dearborn Heights” status. They don’t offer to shake hands, and if you offer your hand in greeting, you’re administered a limp, damp, cold fish of a palm-wobble and a beaming smile that hates your guts almost as much as it hates itself. All in all, The People are angry. The People are pompous. The People are self-important to the point of delusion. The People are bigoted. The People are bitter; they’re educated in bitter schools, pulled over by bitter cops, tried in bitter courts, and sent home to bitter households that reek of snooty extravagance and baseless ostentation. Most appalling of all, this Hailing Glory of a People so quickly seems to forget that Dearborn Heights is just a misshapen shadow of its Dearborn mother, both as a population and as a culture. Nevertheless, The People desperately abrogate any association to their origins.

“Sloppy Copy”  When The People have no other choice but to descend back to the slums to barter with the peasants of the East Side, they literally call it “coming down” to Dearborn (naazil 3a Dearborn). It is a grievous descent to return to their humble origins, since they were so particular to leave everything behind. But in their exodus, they were sure to take some things with them, but only those things that distinguished them from their abandoned inferiors: Greenland Super Market, for instance. Hamido’s Restaurant. Golden Chicken. Al-Basha Subs. Lava Java Café. Dollar Kingdom. Lebon Sweets. Golden Bakery. Al-Ameer Restaurant. Al-Zahra Meat Market. European Tanning and Salon. Insurance fraud.

“I Made It”  Yes, The People finally “made it”, didn’t they? They finally managed to break away from the East Side’s panging clutches of poverty, low class, and “Arab”-ism. Kudos indeed. People of Dearborn Heights! We, the rest of the world who notices and admires you, commend your “rise from the slums”. Perhaps one day, some of the Dearborners may reach enlightenment as well, and be welcomed into your cultured, sophisticated, and affluent arms. Perhaps, if they try hard enough, they can leave behind the wretchedness of Fordson acculturation, so that they too can reinvent themselves into phony copies of what they were before. Until then, however, Dearborners shall continue to scrape through the muck and soot of savage inferiority, forever looking up for those who are “coming down”.

“If You Insist…”  Outsiders, I have not wavered in my caveats. On your visit to Dearborn, skip the cheap cardboard imitations and flaming phoniness of plastic gold and come to the real thing. Dearborn has enough hookah smoke, double-parked cars, meat markets, and sparkly superficiality to satisfy your marhaba craving over and over again. But if you insist on ascending the Heights, prepare for a trip out west so full of fluff and reek that it’ll leave you wondering, “So…where does the ‘Heights’ part fit into all this?”

View all posts by cellarscoop