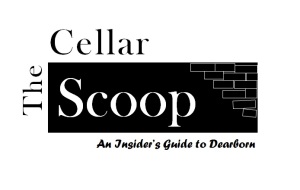 No community is without its tragedies. Some remain contained within the family; some consume the town; and others rattle the nation. A select few go on to enter the national psyche, retaining their names after the incidents’ locations (such as “Columbine”, “Oklahoma City”, and “Newtown, Connecticut”). This week, services are held in memory of Ali Hachem, a Fordson High School sophomore who suddenly died on Saturday of natural causes. He is yet another member of the community’s youth whose life ended too soon.

The Hachem family now joins the dreaded club of community members who’ve borne the unspeakable grief of losing loved ones suddenly and in youth. Although death is not uncommon, sudden youth tragedies strike a chord in the human fibre, leaving us riddled with shock and haunted by a future unfulfilled.

This scoop is a testament to the youth tragedies that shocked the Dearborn community over the years, as well as a memorial to all of our dearly departed.

(As a note, this is not an all-inclusive list. It is impossible to mention all of a community’s tragedies, so I’ve selected the resonant few that I can recall. Please forgive me for any omissions, and help me to continue this list by adding others to the comments of this Solemn Scoop.)

Ali Hachem (February 17, 2013)   Friends remember Hachem as a gentle giant and a “funny guy”, a sweetheart and a good student. His sudden passing at the ripe young age of fifteen sends ripples of desolate sadness and compassion throughout the community. Our condolences go to his family and loved ones.

Towfek Ittayem (October 2011)  Ittayem met a similar fate to Hachem’s on an evening in October, when he laid down for a nap and didn’t wake up. Ittayem was a Fordson alumnus, a football icon, and a student at Wayne State University completing his last semester of teacher certification. His sudden passing at the prime age of twenty-five was a tremendous blow to the community. He was honored at his to-be university graduation ceremony, where Wayne State issued a certificate of completion on his behalf. It was received by his brother.

Mustafa Alizairij and Mohamed Ajrouche (June 2004)   Dearborners will still remember the horrible car accident that killed Alizairij and Ajrouche on that fateful summer night. As high school friends and popular, personable young men, their tragic deaths shook the community terribly. Their loss cast a dark shadow over Dearborn for the remainder of that summer.

Ahmed Slim (June 2006)  Slim was another car accident victim whose end came too sudden and too soon. Just days after his high school graduation, Slim was driving his younger brother and friends to get some treats when they were blitzed by a head-on collision that killed Slim instantly and put two other passengers in the hospital. Slim’s unique personality, his candid amiability, and his brilliant ironic humor have left an irreplaceable void in the hearts of his loved ones.

Jawad Bazzi (November 2007)  Homicide has always been a rare and isolated cause of death in the Dearborn community. So when Jawad Bazzi, a 46-year-old father of four, was beaten and gunned down by members of a rival gas station, the community was indeed in unspeakable shock. Witnesses say the confrontation ensued when a dispute broke out over the price of gas…a difference of three cents, to be exact. This resulted in a fatherless family, a hand forever bloodied by murder, and an embittered community. Although Bazzi is the oldest on this list of “youth members”, he was far too young to meet his tragic end.

Hassan Zeidan (July 2011)  Zeidan’s untimely and haunting murder is still in our hearts and remains too bizarre for belief. It rocked the foundations of the Dearborn community, sparking sharp outrage and grief. Killed just outside of a memorial held for a young man who had also lost his life to violence, Zeidan was shot repeatedly in the back and head following a dispute over a basketball game. His funeral is among the most attended to date, and his tragic loss remains a disturbing warning against useless violence and the irreversible hand of unchecked anger.

Please comment below to include the many other departed youth that I’ve missed. Rest in peace to all, and our prayers are with you always.

View all posts by cellarscoop