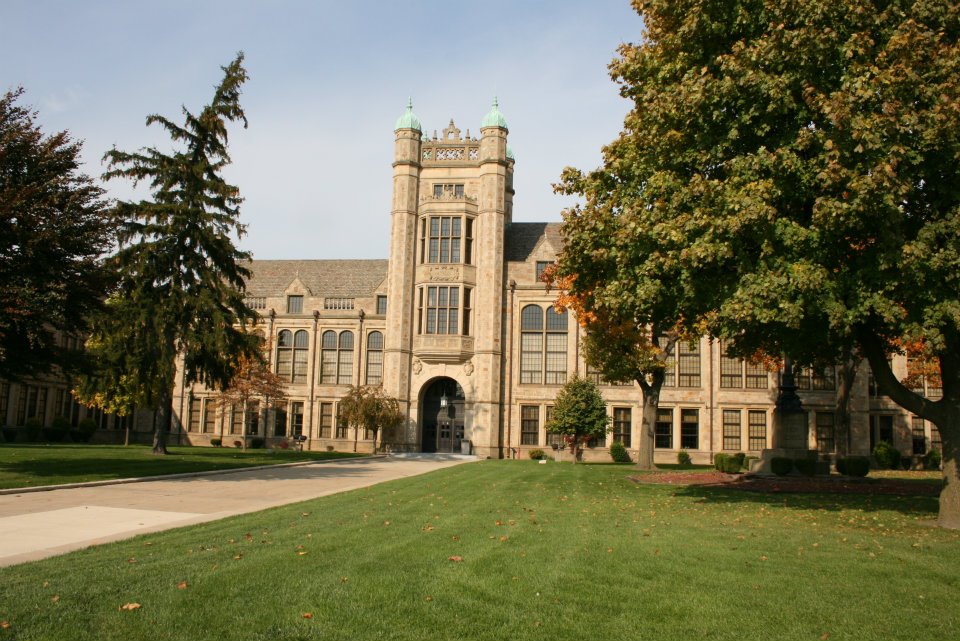 American culture has glamorized high school as the epitome of adolescent experience. You are a step away from the naivete of childhood with just enough distance from adulthood where you can still acceptably claim mistakes as growing pains. It’s the place Hollywood tells us you begin to ‘find yourself’, begin to look past the cocoon you’d been building since kindergarten, begin to actually see yourself branching off from the multitudes to gradually ponder, “Where do I go from here?”

My time spent at Fordson High School did not quite align with what my television had promised. From 2005-2009, I recall the usual experience of cliques, trends, and general apathy toward schoolwork. However, there was always something exceptional even in these typical particulars. Something so undeniably Dearborn about the way in which Fordson presented itself.

With over 2,000 students, the sprawling castle-like structure of Fordson was more of a micro-society of the larger community where intra-Arab politics came into play, more than just race and class, the intricacies of identity and consequential placement within the social hierarchy were an undeniable ruling force. The student demographic was mostly made up of the 1st and 2nd generation of immigrants from Lebanon, Palestine, Yemen, and Iraq, with a minority of Black, Latinx, and White students. There were variations in Arab culture, ranging from language dialect to observances of holidays and traditions, allowing for any outsider taking a closer look to see we are far from a strictly monolithic entity.

I remember D-Hall being where the newly-arrived immigrants, problematically earmarked then as FOBs (Fresh off the Boat), roamed while the jocks would stroll through mocking the former’s poor English. I remember the class and ethnic divide even among the FOBs, not more apparent than the de facto segregation of seating arrangements in the lunch room.

While the majority of my senior class attended the school sanctioned co-ed prom on the Detroit Princess boat, a group of hijabis planned their own girls-only prom to accommodate those that were still determined to experience this rite of passage, but on their own terms.  I attended that girls-only prom and although I am sure it was drastically different than the ‘real’ one, it’s not until almost eight years later where I feel  a sense of pride in recognizing the special way we don’t completely assimilate into the demands of American culture and lose the trappings of where we came from, but integrate ourselves to create a beautiful blend of both.

There was the good, the bad, and the ugly. This is not so much an expose, as it is a meditation on what I now consider a unique experience that I could have only received at Fordson.

In my next post, we will be delving deeper into what it has meant for me to have pride as a Fordson graduate, the tradition that has shaped that experience, and confronting the legacy that is often times either tragically misunderstood or erroneously understated.

Published by Rasha A.

Creator/ Writer/Socio-political Consultant/ Grassroots Activist/ Yemeniya. I reserve the right to self-define. View all posts by Rasha A.